The Place We Went to Yesterday – Reader Q&A

Li Posted on 11/12/2014 Posted in community, LBGT, The Place We Went to Yesterday, writing 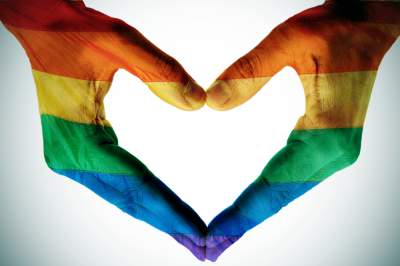 Anyone that knows me knows that there is a soft spot in my heart for the LGBTQ community.  Not only because I have many gay friends and family, but because I’ve identified as bisexual for as long as I can remember.  If you missed my “coming out” a few decades ago, well, there you go.  Despite my major crush on Eric Estrada as a kid, I still opted to be fabulous and dress like Cher for Halloween.  You haven’t lived until one of your friends not only parts with a pair of leather pants, but makes them into a miniskirt for your outfit.

Having grown up in a bubble, surrounded by this culture, it wasn’t difficult to see the trials and tribulations that LGBTQ people face.  We’ve come a long way, but people are still bullied mercilessly and abandoned by their families when they come out.  This is especially true in the Hispanic culture.  There are plenty of alarming stats around the web for such things, but one that stood out for me was that 26% of youth are kicked out of their home for coming out. While it’s become more acceptable in white families, there is still quite a lot of ‘taboo’ to overcome in other cultures.

What does any of this have to do with The Place We Went to Yesterday?  While Ella doesn’t self-identify as gay – and in fact, she is far too focused on survival to worry about having any silly teenage crushes on anyone – she is still kicked out of her home on the suspicion of being gay.  Her best friend, Bianca, has a crush on Ella’s cousin Rosa.

While Ella is fully supportive and hopes that Rosa reciprocates the feelings, the message is misconstrued and her parents beat her relentlessly.  This is the catalyst for Ella being moved into foster care and ultimately ends up in a group home for girls.  The topic doesn’t come up again in her talks with Lara – in fact, she never reveals why she was moved to the group home with anyone.  She carries this with her, silently, the way most people that have experienced it do.

This was an important aspect for me, not only because of my own identification, but because it felt like an important story to tell.  There are not enough representations in literature or frankly, the media in general, that share what so many people experience. Changing minds and shifting culture is a lofty enough goal and I’d be the biggest narcissist on the planet if I thought that my labor of love would do anything to turn the tide.  No, I’m not nearly that ego-centric.  But I do hope that my story gives one person the courage they need to be themselves or to at least not feel so alone if they find themselves in a similar circumstance.  It’s not fiction, sadly.  For so many, it’s reality. 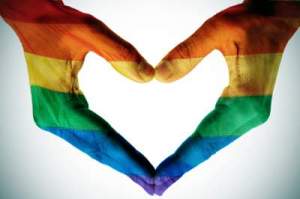 Tagged with: LGBT, novel, The Place We Went to Yesterday, writing