↓ Skip to Main Content
Home › blog/">blog › On Promoting Ourselves 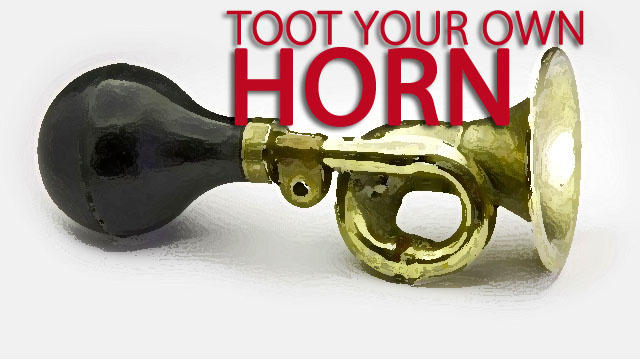 So far, this year I’ve read 16 books.  I can’t tell you if that’s better or worse than any other year because I never used to keep track of them.  I have a goal of reading at least 50 books this year and since we’re not even a quarter of the way through it, I think I’ll probably exceed that target.

Last night, I was reading Nonnie Jules’ Sugarcoatin’ is for Candy & Pacifyin’ is for Kids!: “Yes, I Said It!” and it dawned on me:  I’m finally getting more comfortable with promoting my creative work.  When did that happen?  I’m not entirely sure.

When The Place We Went to Yesterday launched last year, I was so sheepish in talking about it.  I finally finished my first novel.  It was receiving wonderful praise from my beta-readers and I was very slowly building highly positive reviews for it.  But whenever someone would mention it, I would get shy and downplay my work.  I had a really hard time accepting praise for it.

In the last four months since it launched, I’ve read a number of betas for indie authors.  I’ve read a number of published works by indie authors.  I’ve learned to critique something without dashing someone’s dreams.  But I’ve also learned that promotion isn’t welcomed everywhere and you have to navigate the waters with extreme caution.  People really don’t seem to like when you’re shoving something down their throats, no matter how nicely you think you’re doing it.

But you know what else I discovered?  Even when you give someone the space to promote their own books, many times they still won’t and that has me totally confused.  Today, I posted this on Twitter:

Now, I don’t have a massive following.  In fact, I’ve got less than 600 followers.  But see that little bar graph on the bottom right?  That tells me that the tweet was viewed 311 times, including it having been retweeted 9 times.  Want to know how many people responded with book suggestions?

Three people suggested their books to me.  Know how many I purchased?  Two.  One is about something I’m not particularly interested in, so I’m going to hold off a bit before deciding whether or not to purchase it.

But here’s the thing…no one is going to sell your book for you.  Even a traditional publisher is only going to promote it for a certain length of time.  You’ve got to look for ways to get it out there yourself and when bookworms are literally asking you to talk about your book and you don’t?  Well, shame on you, because that’s a lost sale and a potential fan. 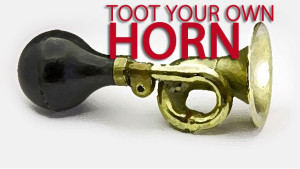 No one is going to toot your horn louder than you will.  And if you’re being silent, then you have no one to blame but yourself when your sales tank.

This post has been brought to you by the courage I gained by reading Jules’ book, a dash of audacity and a whopping 16 ounces of Red Bull.

7 Comments on “On Promoting Ourselves”