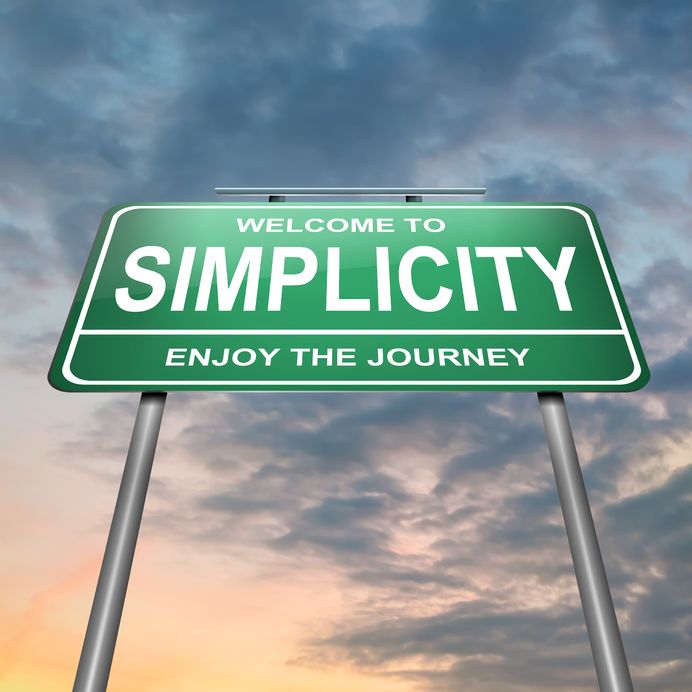 Despite an abrupt push into adulthood – and let me be clear from the beginning that this was of my own volition, my parents didn’t give me any ultimatums at 16 – I’ve reached far beyond what anyone’s expectations of me were.  And I say that knowing that all parents expect great things of their children and have wild hopes and dreams for them.  The fact is that I’ve always been stubborn and I’ve always believed that I could do things better “my way”.

“My way” meant packing a book bag with the bare necessities and boarding a Greyhound bus to go 975 miles away and strike it out on my own.

“My way” meant dropping out of high school in my senior year.

“My way” meant, let’s face it, a lot of poor decisions along the way.

But eventually I figured out that I had no safety net and that if I wanted something, I was going to have to make it happen on my own.

After years of barely scraping by, I packed up and moved over 1,100 miles away to start a new life.  I got my first “real job” as a typist.  Yeah, I’m old enough to remember when that was a thing.  It was the most money I’d ever made – even when I was working two full-time jobs and going to school.  I happened to land this job working for a boutique investment firm that managed the portfolios of very wealthy clients.  It was a world about which I knew nothing.  I worked in a department full of competitive and polished women but I would find myself counting change to pay for my monthly subway pass and learned how to sew so I could stretch my wardrobe.  At the time, it didn’t matter that I didn’t have their lives and probably never would, I just knew I wanted to acquire The Things.

The things that showed the world that I was a success.  I had so much to prove.  And so much to learn.

Eventually I went to college and started acquiring degrees.  I remember every time I’d sign up for a class thinking that this was going to change my life.  When I had the next piece of paper, my life would be completely different.  I’d be able to get any job and have All The Things!

Silly, stupid girl that I was.  Earning two college degrees didn’t do very much for me.  By the time I’d paid my way through school – sans student loans – I’d already built up enough experience supporting the C-Suite in a much larger financial company that I had the kind of experience I could take with me anywhere.  So, I decided it was time to evaluate my values.  I took a job working for an organization that supported the United Nations.  Now I’m where I should be, I told myself.  I’m making good money and I’m working in an environment that aligns with my values.  But I never stopped acquiring The Things.

I decided that a whole new life was in order.  So, I packed up my one bedroom apartment that overlooked The Narrows separating Brooklyn from Staten Island and moved to Boston.  I had no job prospects.  I knew less than five people in the entire state.  I had managed to save about $3,000 before the move, but hadn’t factored in that if I didn’t get a job right inside city limits, I was probably going to need a car.  I’d never bought a car before.  But there I was, signing on the dotted line and driving away so I could commute 30 miles a day.

Over time, the jobs and the apartments got better.  They were bigger.  They were nicer.  And they had a lot of room to fill with The Things.  Eventually a string of apartments became my owning a home.  Now I could really do whatever I wanted.  I could paint and fill the basement and attic with All The Things.  So, I did.  And I’ll never forget how sad I was when most of The Things were sitting outside by the curb a year later when I’d sold the house and was preparing to move into a rented condo a few blocks away.

I was working as a consultant and making more money than I knew what to do with.  So, I recorded an album. And I spent my weekends traveling to upstate New York and around New England.  I blew money left and right because….just because.

Then we moved into my dream apartment.  The building had been converted to lofts from an old shoe factory.  There’s tons of exposed brick and the ceilings are wooden beams. It was the place I’d kept in my mind’s eye all these years as I moved from a studio that I hardly ever slept in all the way to that gorgeous apartment overlooking The Narrows.  This was the place.

And then we started filling this place with a bunch of stuff as well.  We found ourselves buying and bringing things home that we didn’t – at the time of acquisition – have any idea what we were going to do with.  We bought it…because.  Because it was cute.  Because it was functional.  Because we thought it defined us.

When my niece moved out, I jumped at the chance to use the now-extra bedroom as a guest room.  Except that I completely took over that room with all of my things.  Where trying to share a closet had become a nightmare where I couldn’t find anything because it was so cramped, I now had an entire room I could take over.  And I did!

But over the last few months, I’ve started to realize that the constant pursuit of acquiring things has never provided me with any lasting happiness.  Once the excitement of New Widget wears off, I have to buy something else to feel that way again.  I’ve been paying a lot of attention to my internal dialogue and to the voice that’s been needling me to make some changes again. Somewhere, deep in my consciousness, I’ve remembered that the times in my life that have brought me the greatest joys weren’t when I was shopping for new things, but when I was traveling and spending time with the people who are important to me.

Laughing around a campfire.

Relaxing on a beach.

Cooking and sharing a meal with family and friends.

Getting on a plane and absorbing a new culture.

Curling up in a comfortable spot with a great book.

I credit this awakening, if you will, to The Tiny House Movement. I started to notice that despite having about 1,200 square feet of living space, we were only consistently using about 400 of it.  The rest is just there to house all of The Things. I started voraciously watching every documentary I could, reading everything I could get my hands on and a few months ago, we went to a tiny house festival so we could see them for ourselves.  And that’s when I knew what we had to do.  We had to downsize.

Unlike my previous Major Life Changes, I am doing a lot of planning this time around.  Our lease was coming due when we went to the festival and we knew we wouldn’t have time to find a new place, cull The Things to something more reasonable and actually move before it was due, so we decided to give ourselves one more year to go through this process.  Before making an investment in a tiny house of our own, we decided that we would move to a smaller apartment for at least a year and make sure we could really do this.

And so, this is just the beginning of our journey.  We have about 10.5 months before we’re going to move to a smaller space.  But in the interest of not driving myself crazy or getting too overwhelmed, I started actually culling things this weekend.

My first goal is to get all of my clothes and shoes to fit into half of one closet.  This is no small feat given that I estimate that I own over 40 pairs of shoes. Last night, I managed to get two big bags ready for donation and cleared out a quarter of the closet I’m currently using. This may not seem like much progress, but it’s a start.  Some of the parameters I’ve given myself when it comes to the clothes and shoes are:

All clothing items that are still in usable condition will be donated to Beverly Bootstraps’ Thrift Store.  I’ve had nothing but positive experiences with the folks at Beverly Bootstraps and I believe in their mission as well as in helping our local community.