When I launched my first novel, The Place We Went to Yesterday, back in November of last year, I had no idea what to expect.  I had no author platform.  I had no experience doing anything like this.  I thought, naively, that I’d write a book, click the publish button and wait for some mega Hollywood producer to contact me about optioning the rights.  Silly girl, there’s so much more involved in getting your book out there! But a girl can dream, right?

I’ve heard it said repeatedly (and much to my chagrin as I’ve been battling a terrible case of writer’s block for months now) that “nothing sells your books like writing more of them”.  And I’m sure that’s true. I wouldn’t really know because I haven’t been able to finish either of the two Works In Progress I currently have staring me in the face.  But what I also didn’t know was just how much a supportive book club could do for you.

As a reader, I’ve been in several book clubs.  We’d select a book, read it and discuss it ad nauseum.  None of the groups I was in were ever lucky enough to have an actual author come speak to us about their book. Now, for those who love to read, book clubs are a great way to get exposed to new genres, new authors and meet people who share your love of words.  For authors, though, there’s usually just an uptick in sales and no other benefit, necessarily.

As I floundered in those first few months post-launch, my editor (the amazing Harmony Kent) recommended that I join Rave Reviews Book Club. I didn’t wince, as some people do, at the $25 annual membership for authors.  I chalked it up to a promotional expense and paid it.  I dove right in, purchasing books and writing reviews.  As a member, you need to read/review four books a year.  That’s it.  Since I’ve joined, I’ve read and reviewed 7 novels and have three more that I’ve purchased and are on my to-do list.  And the reason I’ve gone above and beyond what’s required as a member is because it pays off.

Supporting our fellow members by sending a quick Tweet, purchasing and reviewing others’ books, showing up for discussions with authors, hosting authors on their promotional tours…none of this is a big time investment.  I’ll admit that I’m not the best when it comes to Twitter and so I tend to shy away from it, but since joining the club, my followers have increased dramatically, getting to over 700 of them in a matter of months.

In May, my novel was selected as one of the Books of the Month and again, the outpouring of support from my fellow members was mind-blowing and overwhelming!  Sales of my novel increased 500% between April and May.  No, that’s not a typo.  500%.  But even better, those sales actually resulted in reviews.  Right now, I’m averaging about a third of people who purchase my novel actually leaving reviews.  It’d be great if everyone who read it left an honest review, but no author (not even the NYT Best Sellers) have everyone that reads one of their books leaving reviews.

As authors, we have to get creative about how we spend our money and what we do for promotions.  I can say with certainty that joining RRBC has been overwhelmingly beneficial.  But it’s more than just the numbers.  I’ve met some amazingly talented people as part of this group.  People are supportive, not tearing each other down.  People want to see each other succeed.  There seems to be a mindset that when one of us does well, we all do.  If you lift up others, you are not keeping yourself down, but rather, you are lifting yourself up with them.  And that’s not something I can say about a lot of other indie author groups I’ve seen out there.

So, as a reader, if you’re looking for high-quality independent books, check out Rave Reviews Book Club’s catalog.  As an author, I strongly urge you to join.  My membership has more than paid for itself both financially and in terms of the connections and friends I’ve made in the group. 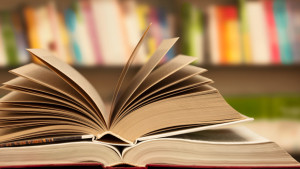