For those of you who have known me for a while, you know that there is a special place in my heart for Africa.  When I was working on my undergraduate degree, everyone asked me what the heck I’d even do with it.  “Communication and Culture” translated into a lot of courses around writing, marketing and sociology.  I chose to focus on microfinance in Kenya for my senior thesis and went on to help support charities in Kibera, one of Kenya’s largest slums.  So when I had the opportunity to help support Jan Hawke on her blog tour, promoting Milele Safari – An Eternal Journey, I jumped at the chance.  So without further ado, I turn it over to Jan to tell you more about her debut novel. 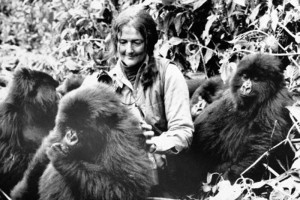 Zyanda is fictitious but, if it was real it still wouldn’t be Rwanda because there are differences, albeit very slight. The genocide isn’t one of those differences and the bare stats are the same of course. There was a genocide in Rwanda in 1994 and nearly a million people, Tutsi, Twa (the central African pygmy tribe) and Hutu liberals or ‘collaborators’ were slaughtered in just over 3 months, between April and mid-July, often hacked to death with makeshift garden tools, while the rest of the world, including the UN, stood by and let it happen.
Since the genocide, Rwanda appears to have made a seemingly miraculous recovery in that they have recognised the root causes of their tragedy and, for central Africa, is now a stable democracy that is building on ties with East Africa and Anglophone countries, and has been having some commercial success with tea and coffee exports, and in eco-tourism as one of the few remaining peaceful and viable habitats for mountain gorillas (Dian Fossey’s work there is, of course, well known – ironically less so was her vehement opposition to Rwanda’s embryonic tourism industry).

So what are the differences between the fact and my fictional tribes and country? It’s mostly superficial in that ‘noble warrior’ pastoralists, the Nilotic Tutsi (Watusi to older readers – yes, the ones the dance was named for), become the Matu, the underdog reactionaries bent on revenge for old grudges dating back to colonial times when the hated ‘elite’ Bantu farmers, the Hutu, become the Lutse. The reversed dynamic is of course the same, with Hutu/Lutse rewarded with a higher place in the imperial hierarchy – of which I’m not specific in having it be Belgian, merely Francophone. So, simple role reversal that still ‘works’ within the story because, as Verity and David both know, there was very little difference between the blurred racial origins in these modern times.

Ironically the key to the rehabilitation of the ‘ordinary’ mass-murderers reflects what happened in real life Rwanda and actually started much sooner than in The Acts of Apostles chapter, which sees Matu David released to the township where most of his war crimes were perpetrated, only to meet with passive-aggressive local justice from the community leaders such as Verity Beleshona.
The reason for the release of so many prisoners like David, leaving only the ring-leaders, generals and psychopaths to be permanently incarcerated or executed, was down to logistics – there were too many of them and too little left of the non-combatant society to carry on with even the simplest tasks of daily life. Of those survivors at liberty, too many bore terrible scars, with physical maiming from loss of limbs, or appendages, or from psychological wounds, or the Russian roulette of sexual diseases or genital trauma. Crops rotted and babies died unborn, or never conceived, because women were left barren as a result of rape and torture, and so the consequences of genocide went on long after it had finished and may never go completely while the generations that survived it live on.

I set Mgakera, the community, in Zyanda because of that, just over the border from Tanzania and fictional Umbeke. Mgakera is not wholly unique because there are projects in central Africa that offer a similar kind of rehabilitation, usually to women, to help them recover as far as they can and to give them new skills so that they can hopefully live independently, or at least live out their shortened years in safety and with some dignity.

The Mgakera Enclave itself, spanning a natural riverine territory between Zyanda and Tanzania, is not something I researched as such – it just seemed to present itself as something that might happen in an ideal world through the remit of organisations like UNESCO, ACTED (the unanticipated federation of aid agencies model for my fictitious CAMEO) and the Red Cross or Crescent. The self-sustaining commercial aspect was then almost inevitable, with a combination of coffee farming and dairy industry, with a lien on introducing lucrative eco-tourism around the African lakes, made it all take on a life of its own.

Whether you prefer Zyanda’s route to the Rwandan one, perhaps this quote, from Dian Fossey herself, best sums up the philosophy of how a nation can possibly recover from the ultimate descent into barbarism.

Excerpt from The Acts of the Apostles

I couldn’t remember any of it, up until when she’d run past me. The rest I can never forget. What she shouted at Mbrame. How she stopped him beating Verity and kept going at him, letting him know exactly what she thought of him. What she thought of all of us. A little Bantu lady shouting at the big strong warriors who were going to kill the defenceless and the weak. Telling us we were evil and would pay for what we were doing. She must have been frightened most of the time that day and yet she did what none of us could have done in a million years. She took Mbrame down. It got her killed, but she did it anyway.

My grandfather said she shamed us all with the truth. He said she gave us a reason to stop, so she saved us as well as Verity and the other women. Verity says it was the same for her. I don’t truly see why she blames herself so much for what happened to her and her family, but then her burden isn’t so obvious as mine. She says she may not have killed anyone, but she didn’t do enough to prevent it happening. Not as much as she could have done. But then how could she have known what sort of madness would come upon us all. It makes sense to her anyway. And it helped her make sense of it for me as well. In the end. We can never truly be friends, but at least she doesn’t hate me anymore and she says that is the greatest gift that Sister Teresa gave us both. Grace to carry on living and to make a difference, free of hatred. Forgiveness is another matter, because neither of us can forgive ourselves.

Which brings me full circle, sitting outside my room, thirteen years later, watching the Quelea swarm across the dawn, drinking dagga tea. The dreams are back because something new is happening. Life goes on. Christian tells me that there’s a new Doctor coming who’ll be spending time at the Umbatu clinic here in Umbeke, helping him with the inoculations and the women’s clinic. She’s an English lady. The one who was going to marry Tom Harrison. Christian says she’s going to be working at the Teresa Olatunde Community Hospital too, but she’s done a lot of work with tropical disease inoculation with the British Army and so CAMEO wanted her to cover both catchments. He’s very excited about working with her and thinks it would be a good idea for me to meet her. I’m not so sure. I didn’t kill Tom Harrison, but I don’t know if I can face the woman who lost him that day. In a place he would never have gone to if it hadn’t been for the sake of a friend. I don’t know how she can bear to come here to tell the truth. I know I wouldn’t be brave enough to do that.

You see, there’s no end to it. No running away, because all I have is the truth and the only honour left is in not letting myself forget what I did. Not for a minute. Except I do of course. I would go mad otherwise. So when I’m working I don’t think about what I was. I do the job, because that way I’m wiping away some of the guilt. Repaying the amnesty like Verity says. I don’t know what’s worse now. To have ripped away the lives of the dead, or destroyed the future of the living. The dead walk with me still and will never leave me. The living – well, they may not know the truth, but they don’t have to, because I do. And the truth is that I have no life of my own now. I don’t deserve to have a life at all. 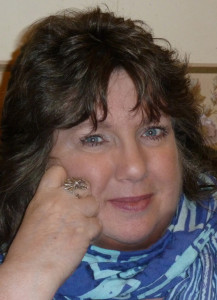 Author Bio:
I live near Launceston in Cornwall, UK with Toby and Benji the Springer Spaniels – it’s a tie between us all as to who’s maddest, but as I outrank them in being weird anyway it’s not open to debate really.
I’m physically lazy with things that don’t hold much interest for me (so that’s mostly housework and, increasingly, cooking…), but I love where we live, mainly because I chose it for being so quiet and off the beaten track, very close to the moors and quite near to the sea.

I also love books, both to write and to read, the latter of which can be very eclectic (I enjoy Julian Barnes, Kate Atkinson, Jeanette Winterson and will happily admit to Jilly Cooper too) but in the main I’m heavily into SF&F, particularly Tolkien, Terry Pratchett and Julian May, although I can pass on Zombie Apocalypses fairly easily…

…how I’ve chosen to write about Africa for my first novel may be something of a surprise to my friends, but if you read it you may find that all of the above information manifests in there somehow!

Future projects include a futuristic fantasy series, loosely grounded in Celtic myth – The Shadow Chronica (http://havenlands.blogspot.co.uk/), which is kind of stalled at present, but I’ll be dusting it off as summer gets in full flood with the first novel hopefully available at the tail end of 2016. 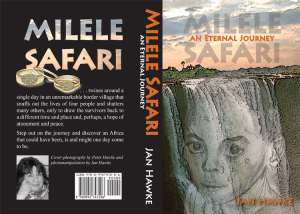 Book Blurb:
Milele Safari – An Eternal Journey …twines around a single day, in an unremarkable border village that snuffs out the lives of four people and shatters many others, only to draw the survivors back to a different time and, perhaps, a hope of atonement and peace. Step out on the journey and discover an Africa that could have been, is and might one day come to be.