Kat Gracey is a British writer who writes about her two favorite supernatural creatures – witches and werewolves. Her first novel, Werewolves of Eden: Wild Things featured Cheyenne Martin, the daughter of a werewolf hunter. She wants to follow in her father’s footsteps, but he has other ideas. When her classmate Noah is attacked, Chey goes after the wolf in question and discovers that he is attempting to build an army of Werewolves.

Her second book is due for release on May 20th and is called Witch Moon. Anna Fay is a half witch who is forced into seducing the son of the Alpha, by her coven. Things move quickly between them and within six weeks they are married. Anna begins to have feelings for her new husband and soon must choose between him and her coven. Both books are available through Amazon. Kat’s website is: www.witchesandwerewolves.co.uk

Blood Moon Rising is a live FB event throughout the month of May in which horror, sci-fi and fantasy authors share their work and tell you about themselves and their lives as writers. Everyone is welcome to attend the event. 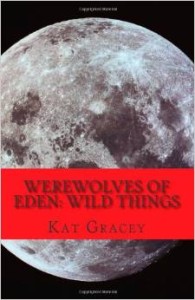 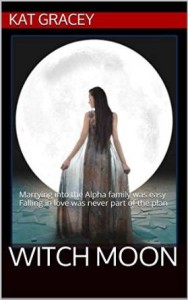