↓ Skip to Main Content
Home › blog/">blog › All Those Yesterdays 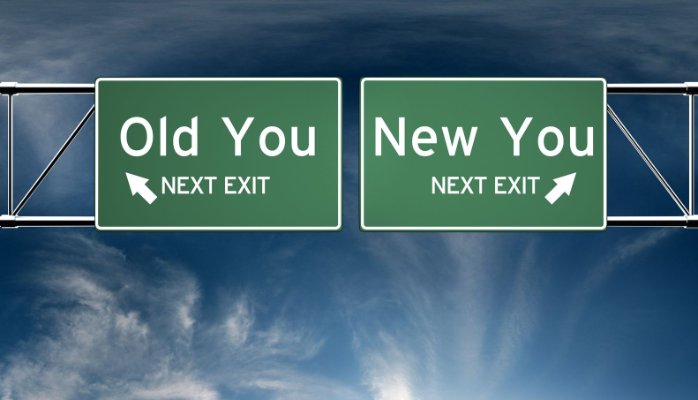 By the time you find yourself reading this, I will have hit a fairly significant milestone.

Exactly one year ago, I took a deep sigh and looked upon the empty bottle with mixed emotions.  I felt fear.  Longing.  Sadness.  Disgust.  And those are just the ones that stood out.  I’m sure there were a host of more nuanced ones floating around there, but they merged into one enormous sensation that I essentially labeled “Resentment.”

In the beginning, I held onto a lot of resentment and anger at needing to get sober.  I tried to make excuses for myself.  Maybe my expectations to engage in harm reduction measures were just too much too soon and that’s why I’d failed. Maybe it wasn’t entirely my fault.  I mean, I am predisposed to it and having had gastric bypass several years earlier made me much more sensitive to it.  But all of this belies personal responsibility.  I mean, no one held my nose and forced a half bottle of vodka down my gullet every single night.  And if it wasn’t vodka, it’d be 10+ shots of tequila in rapid succession.

“Watch this,” I’d say excitedly and with a sense of pride, as I would swallow a shot and would literally – within minutes – be so drunk that I’d be slurring my speech and stumbling.  I became my own party game.

The consequences – and there were plenty of negative ones – made no impact on my ability to reduce my drinking.  It was as if no matter what the horrific circumstances were, I refused to acknowledge that my drinking played a part in it.  Blacking out in public, being thrown out of establishments, assaults…if anything, I was stuck in a cycle where no matter the consequences, I believed that my drinking was not the cause but rather that I drank to deal with it all.

The last year has certainly been challenging and I would be lying if I said I never had a desire to drink.  I’ve been to social events where alcohol is prevalent.  I’ve been to bars.  I’ve been to several weddings.  I’ve gotten through holidays where alcohol is the main focus (our wild July 4th party comes to mind). I published a novel.  I’ve struggled through the birthdays and anniversaries of the deaths of some of those closest to me – both of my parents and two of my uncles, just to name a few.  I’ve been through wakes and funerals and the deaths of at least two other people in the last twelve months.  I’ve changed jobs twice.  I’ve faced care-taking responsibilities for my elderly grandparents.

Not that I need them to confirm this, but online tests routinely tell me that in the last twelve months, I’ve been incredibly stressed.  Like, to the point that I’m at a much greater risk of experiencing a serious illness or accident because of it.  But still, I’ve plugged away on this road. And like the picture above, those exit ramps are always forefront in my mind.  Every time I choose not to pick up a drink, I am choosing to stay on the path of the New Me.  But the Old Me is still there in the rear-view mirror and there are times when I can feel her pulling me off that left exit ramp.

It is in those moments that I have to remember how far I’ve come and how despite things not being perfect (because they never are), this New Me is pretty damn awesome.

I am more present with my family and friends. I am making healthier choices.  I look better.  More days than not, I feel better. My “Quit Drinking” app tells me that I’ve not consumed almost 2,500 drinks.  That I’ve saved almost 25,000 calories over the course of this year.  That’s at least 7 pounds I didn’t gain. I find myself having to make less apologies.

But it hasn’t all been a bed of roses, either.  When you’re used to numbing yourself to the point that you simply don’t have to deal with the normal emotions of life, it’s overwhelming to be forced to actually feel them. But more than that, to handle them appropriately.  I still have a lot of learning and growing to do and I wish I could promise not only myself, but all of you, that I will always do that sober.  But I can’t.  It would be an empty promise.

Instead, I will promise this: I promise to keep trying.

And I will remember this, a scene from my favorite movie of all time, Vanilla Sky: